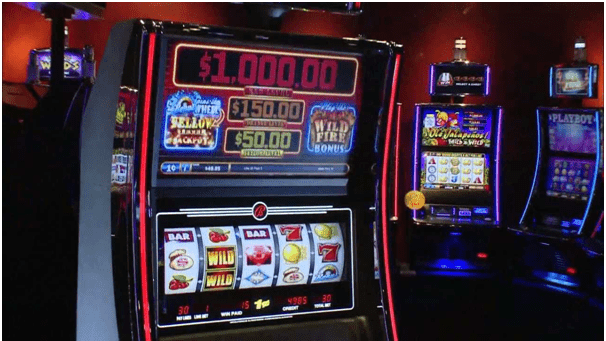 Bally slot machines are developed by Bally Technologies based in Enterprise, Nevada. It is owned by Scientific Games Corporation. The company was founded in 1968 as Advanced Patent Technology. It eventually changed its name to Alliance Gaming and acquired, in 1996, Bally Gaming International, a former division of Bally Manufacturing. In 2006, the entire company adopted the Bally name. Scientific Games acquired the company in 2014. Today, Bally constitute one of the four brands of Scientific Games, along with SG, WMS and Shuffle Master.

So you see that for generations the Bally brand has been bringing excitement, cutting-edge technology and the biggest licenses to players around the world. They have a thrilling collection of gaming cabinets, industry-leading features and a library of the most popular titles on casino floors.  Their best-selling slot machines are Alpha 2 Pro Series Wave, V32, and Curve, along with premium games from the biggest names in entertainment. 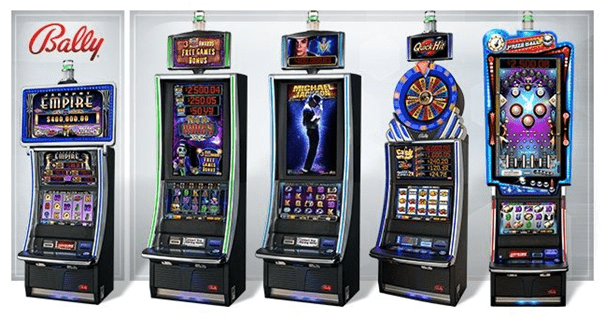 Bally Technologies derived its name Bally from their first pinball machine, which was called “Ballyhoo.” While many consumers and arcade fans may know the company primarily from their pinball machines, some reports estimate that there are more than a quarter million Ballys slot machines on casino floors around the country.

Currently, Bally Technologies competes with industry leader IGT and other prominent game design firms like Aristocrat. The firm is now one of the top companies in industries relating to game design, slot machine manufacturing, operations, distribution of advanced gaming systems and applications for mobile devices.

Many ways to win on Bally slot machines

The Ballys Hot Shot Blazing 7s slot machine includes five spinning reels. Players can store up to 1,000 credits and play up to 50 credits on a single spin. With up to 20 payout lines on which players can win, as well as a bonus game that can be triggered by many outcomes, players have a good chance to win on each spin. The machine, in fact, has an overall hit frequency of almost 80 percent.

Variety of slot machines from Bally 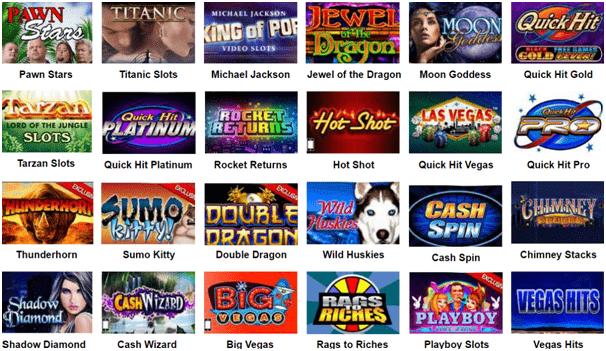 Bally owns some of the hottest and most popular games played at casinos. Every game that the company has created comes with unique and distinctive features to keep players entertained. The engaging list of games utilizes famous movies, televisions series and personalities as themes as well, just to make the gaming experience that much more engaging. 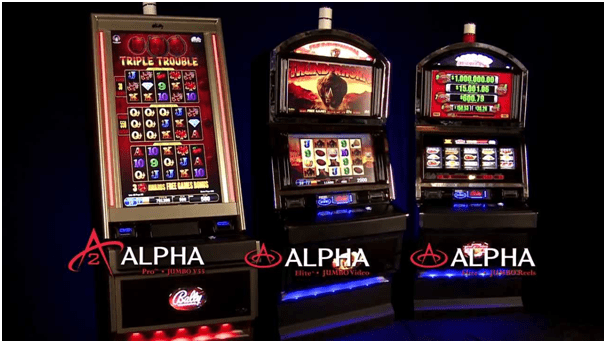 Progressive jackpots are exceptionally exciting because of the chance it gives players to win substantially large numbers in credit points. Millionaire 777s, for one, is well known for its million dollar payouts. The Cash for Life slot on the other hand has a distinctive feature of rewarding winners with $1,000 every week for life, which really gets people going at the machines. The QuarterMillion$ slot machine is also quite a hit because of its enormous $250,000 payout in just three quarters.

Progressive bonus rounds also allow for game-in-game features. This means that bonus rounds can integrate further bonuses like free spins to make the game experience all the more exciting. Bally Technologies uses this in quite a few of its top games. Progressive games are attractive to all types of players because they have a chance of winning high payouts irrespective of the wagered amount.

The U-spin feature is one that has revolutionized slot games worldwide. The feature makes it possible for players to actively be a part of the game by using the touch-sensitive screens to engage in the gameplay. By allowing players to physically spin the wheel on slot machines, the overall game experience is enhanced. Players prefer to spin the wheel at their own pace instead of hitting a button that instigates a random spin by the machine. Being involved in the game is an important part of slot games. 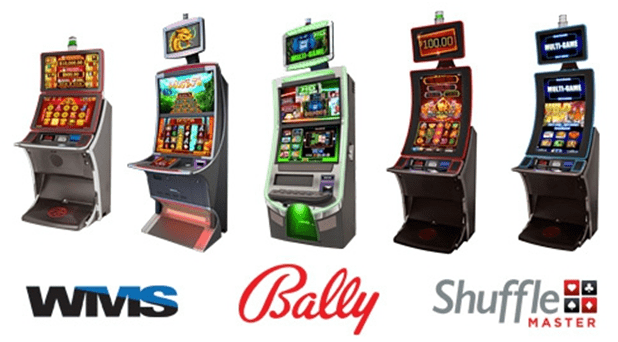 The Command Center is another distinctive feature available in Bally slots. This feature allows the company to centralize its new game features like iDeck and iView. The command center ensures that any such addition is maintained in its tool-box, from where it can utilize it for any game, thereby making the dynamics of each game far more versatile. The number of possibilities this simplistic system creates is a core part how Bally Technologies makes great slot games.

DM Tournaments is a feature that acts as a news feed to slot players. While they enjoy their individual games, operators can alter the iView Display Manager at any given time to inform players of upcoming live tournaments. Though this can be done in other ways as well, Bally uses the altering display control to ensure that its players know of events happening on casino floors. 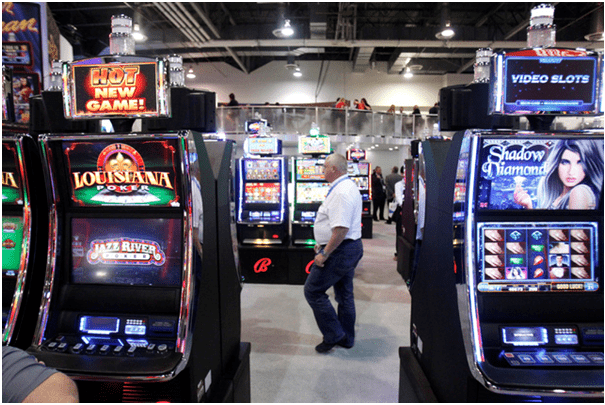 Las Vegas casinos offer great Bally Slot Machines to play and enjoy. The classic games that stand out are the Quick Hit games. These Quick hit slots are so popular not just in Vegas, but all over the world. The slots are very volatile, so you can imagine that some people love them and others prefer not to play them.  There are three Bally’s Casinos also in Las Vegas:

Bally’s in Las Vegas– Bally’s in Las Vegas is surprisingly small, but it always has a pretty good atmosphere. More old-school, than trendy, but there is always something going, plenty of great slot machines and the staff are usually pretty quick to serve you.

Bally’s in Atlantic City-In Atlantic City, just like in Las Vegas, Bally’s casino can be found in a superb location, slap bang in the middle of the boardwalk. It is next to Caesars and is right in the thick of everything, is on the beach and is also just a hop skip and a jump to the excellent restaurants and shopping on Atlantic Avenue. The slots in Bally’s are really nice, with a decent number and games to suit all tastes.

Bally’s in Reno– Like Atlantic City, the Bally’s in Reno is one of the biggest in the City and is also one of the best. The range of slots is superb and in a way it reminds me of AC, because they also have a big range of styles. So, if you are looking for older titles, like the IGT classics (Cleopatra etc) you will find them in the Reno Bally’s casino for sure. If you prefer the newer games, then also there are plenty. This is a big casino and gets all the latest games very quickly.

Where to buy Bally slot machines 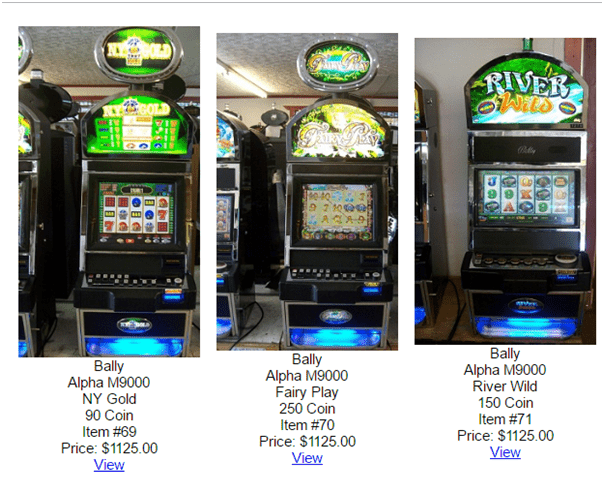 You can buy used Bally slot machines from many online sellers that display their slot machines on popular slot machine selling sites like realslotsmachinesforsale or ebay. You will find the listing of these slot machines under the category ‘Bally Slot Machines’. Each machine will have an image, specifications, product details and price. Few of the Bally Slot Machine descriptions will also cover more details. Like you can find the up gradation of a Bally slot machine, LCD cabinet features, game themes, CPU versions, details about button panels, types of bill acceptors compatible, types of printers compatible and other details.

You can place the order at the site if you wish to buy and do not forget to ask the seller about how the machine will be shipped to you, installation and repair parts or guides if any; warranty and the mode of payment.

Bally Technologies has earned its name in the gaming and game-design industry. The company constantly adapts to new player demands and develops simple, yet engaging user-interfaces to provide players with the best experience that they can have. Currently one of the leading organizations in their industry, it is only a matter of time before they design a game that separates them from their competitors.